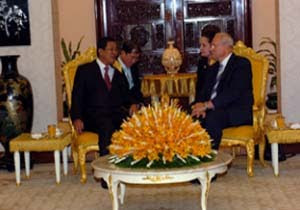 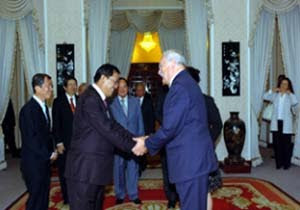 On the occasion, H.E. Ivan Gasparovic told Cambodian premier that he wishes to see more cooperation on the fields of economy, trade, tourism, culture and education between the two countries.

In reply, Samdech Techo Hun Sen proposed the Slovak’s President to establish a bilateral mechanism, particularly in the framework of the Ministry of Foreign Affairs and International Cooperation to strengthen the cooperation in the framework of the bilaterally, multilaterally, regionally, internationally, ASEM forum and UN, especially the establishment of trade and investment agreement between the two countries. The proposal was welcomed by the president of the republic of Slovak.