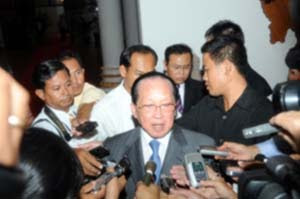 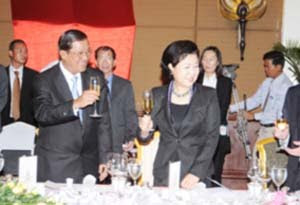 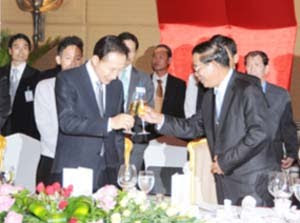 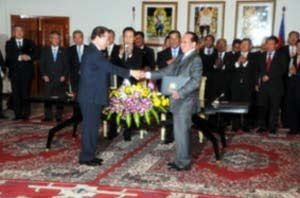 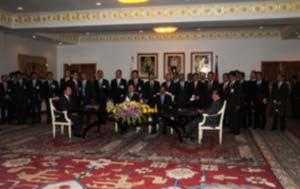 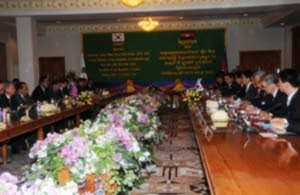 Cambodian Deputy Prime Minister H.E. Hor Namhong, Minister of Foreign Affairs and International Cooperation tells reporters upon the signing ceremony that South Korean President H.E. Lee Myung-bak has showed his preparation in helping Cambodia, which has affected by the recent typhoon Ketsana. H.E. Mr. Lee Myung-bak has asked his minister to conduct a study on the Kingdom’s damages that caused by Ketsana and the requirements for the restoration.

Foreign Minister Hor Namhong said that the South Korean President has agreed upon with Cambodian Premier Techo Hun Sen for all-kind partnership and strategy between Cambodia and South Korea.

He added that Cambodia agreed to issue one-year visa so as to encourage Korean tourists. Foreign Minister H.E. Hor Namhong stated that South Korean President also pledged to review on the provision of more loans and ODA as well as grant aid to Cambodia.